Co-Motion, part of University of York’s Centre for Housing Policy, investigated the links between well-being and mobility among older people, using a study group of 100 residents of York, Hexham and Leeds, during a three year study.

A key finding of the research was that it is people’s attitude to their physical health and the way they are perceived by others that determines their well-being.

Anna’s poems, prompted by this finding, are aimed at encouraging people to be kinder to their fellow passenger.

Anna created Poetry in Motion, a poetry sequence derived from the research by Co-Motion and interviews with their participants.

Poetry in Motion consists of seven poems – (T)here, a sequence of six poems inspired by the experiences of research participants; and What Research Does, a poem reflecting on the research process itself.

For three months in 2017, Anna’s (T)here sequence was displayed on 100 First York buses.

In Autumn 2017, the bus poems and a further film-poem inspired by What Research Does, made by artist Julie Ballands, were exhibited at Newcastle City and York Explore Libraries.

In 2018, it is hoped that Poetry in Motion will be displayed on buses throughout Newcastle upon Tyne.

Anna is available to commission for research, installation and exhibition projects

One thing that interested me about this project is how we‘re all on this continuum. We’re all ageing and we all have moments when we don’t want to go out.

My work is with people with a whole range of disabilities and conditions… so your work spoke very powerfully to me… thanks again for putting it “out there”… it really touched my heart and made me think. 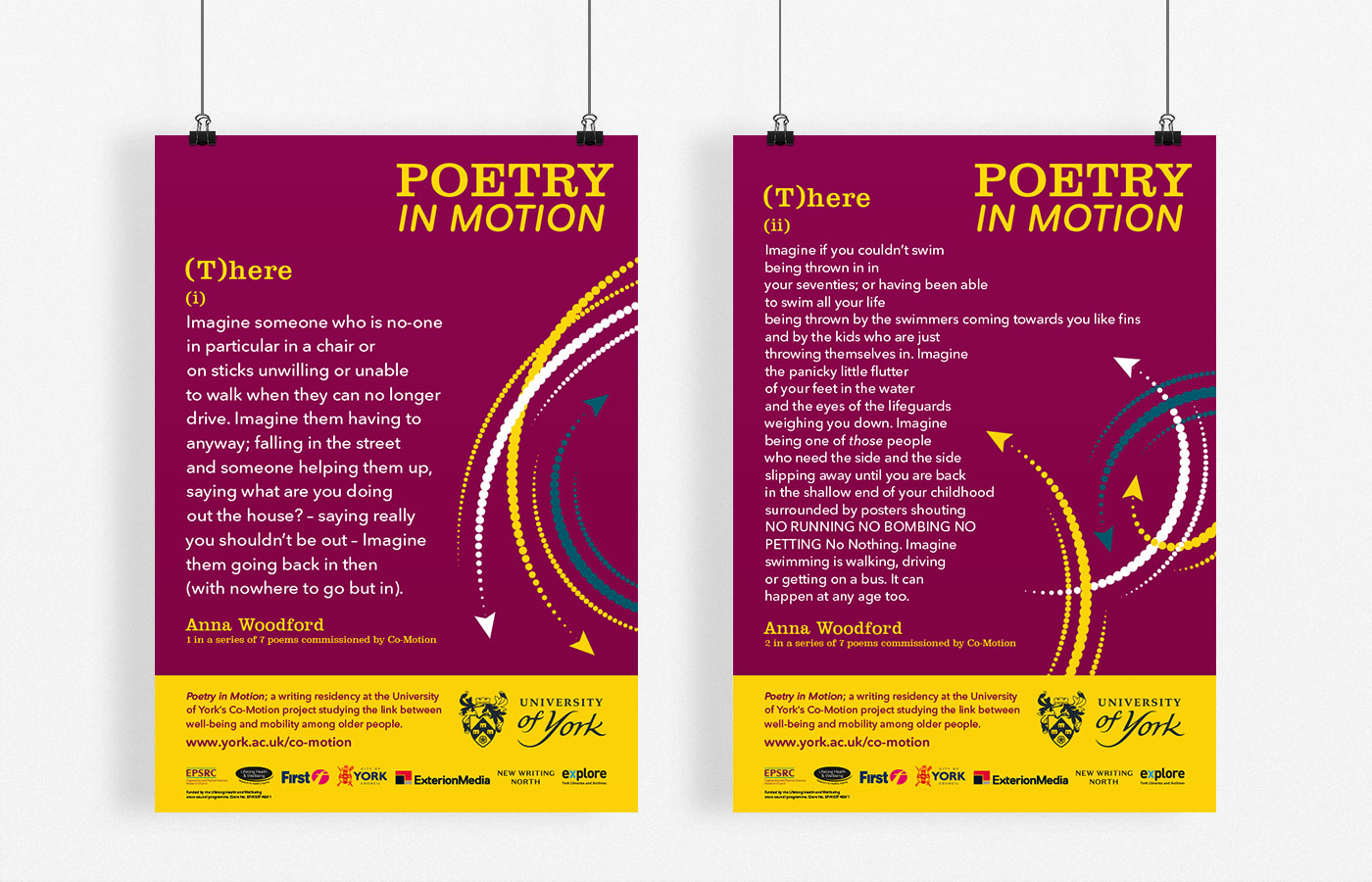 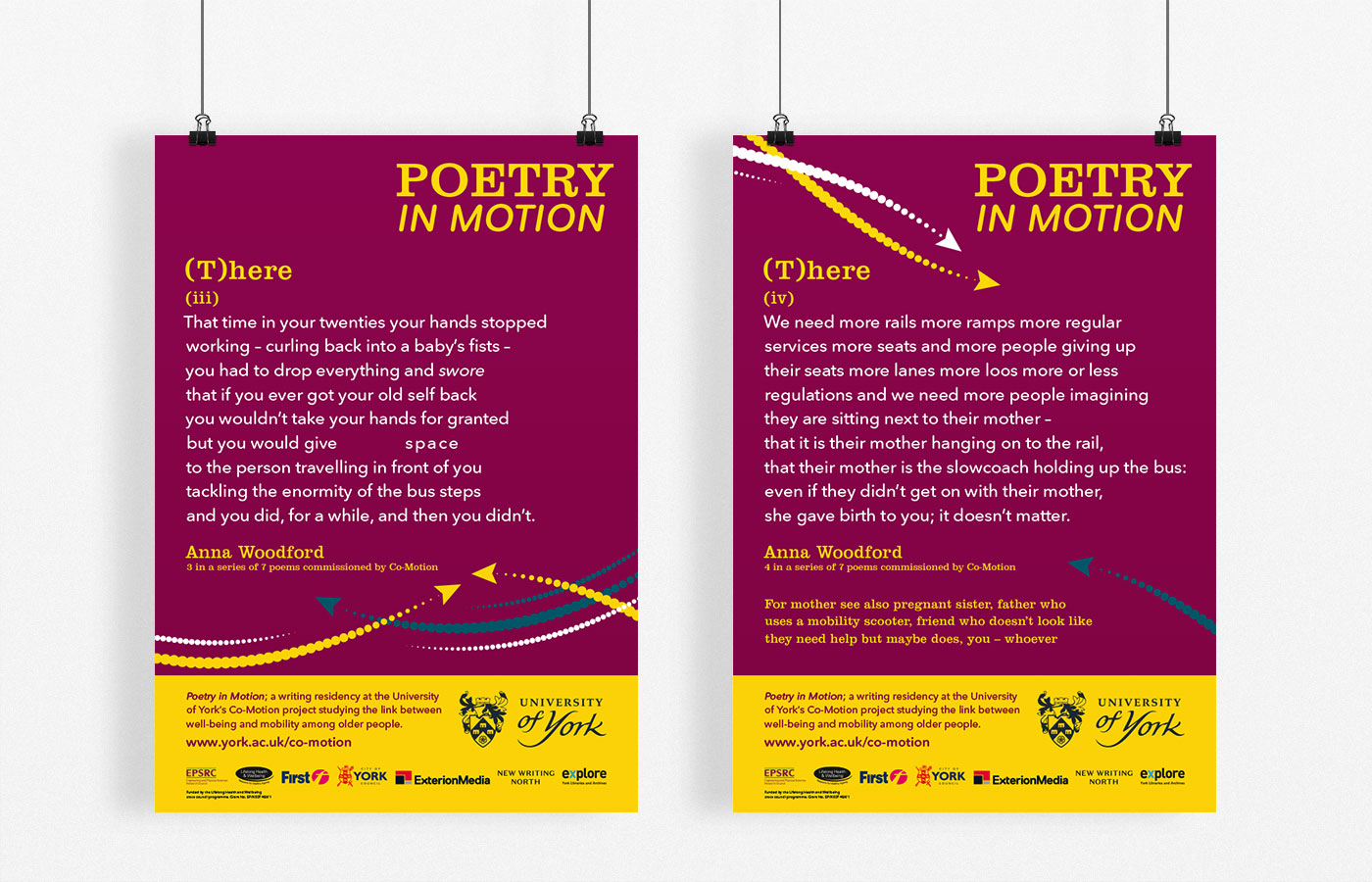 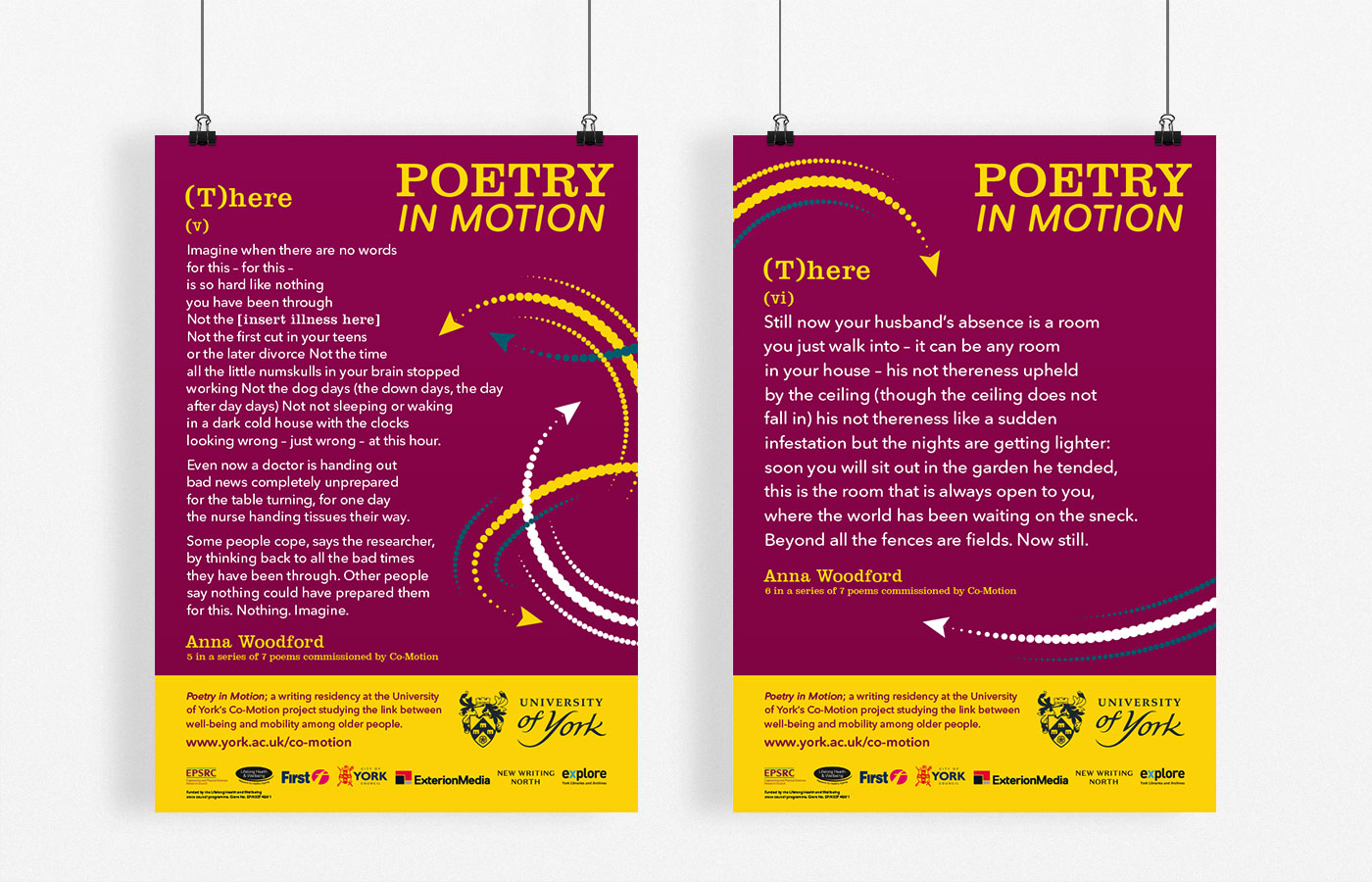